In 1874, Julius Niederdrenk founded a lock factory under his name in Velbert and started the production of furniture locks and fittings. Shortly after, the company moved to its current location in Velbert-Tönisheide. The trademark „JuNie“ was established in the nineteen-thirties.

Long Tradition of a Family-Owned Company

In the beginning of the 20th century, Julius’ three sons, Ernst, Wilhelm and Walter Niederdrenk took over the management and expanded the business. In the third generation, Julius, Erich and Gerd Niederdrenk managed the company. And with Bernd and Julia Niederdrenk also the future is secured.

Not only that JuNie asserts its position in the market for more than 140 years, but the business is continuously expanded, also through the acquisition of different competitors. In 1967, Nico (Niederdrenk und Co. KG) and in 1994 Flohr were partly taken over, both companies of the locking industry in Velbert. In 1982, JuNie purchased “August Knapp Schließtechnik GmbH” (which has been integrated as JuNie division in 2004), another company in Velbert and ten years later in 1992 “Paul Kaltenpoth GmbH“, manufacturer of table fittings. The “Baer Beschlag GmbH“, located in Schwäbisch Hall, represents the most actual acquisition (2004) in the area of table fittings. 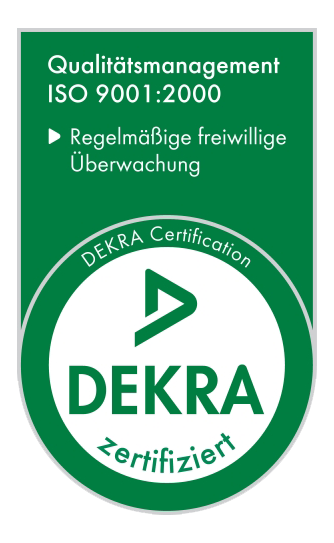 For us, these two terms are closely affiliated with each other. JuNie has always emphasised both. Certainly our product development is always focused on the requirements of our customers – or anticipates these.

In the fifties, JuNie started the own production cylinders with pin tumblers. Masterkey systems from this time are still today in use. Since then, we develop and continuously enhance complete locking systems: for example the “System-locks ASS – Exchangeable Locking Systems“ have their origin in the seventies, “Furore – Interchangeable Cylinder Cores“ in the nineties or currently “System PZ“. JuNie has various patents in the German and European market.

Since 1997, JuNie is certified according to the quality management system DIN EN ISO 9001.

Our employees define our success, and we appreciate this. The balanced mix of generation between young and old is of vital importance, not only for the optimum transfer of knowledge. Currently JuNie and Kaltenpoth employ ca. 90 employees all together.